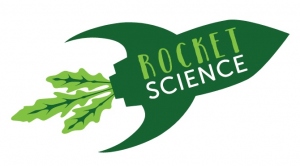 In the summer of 2016, 600,000 children became space biologists as they began a 35 day experiment to sow and grow rocket (Eruca sativa) seeds from Tozer Seeds which had spent six months on board the International Space Station (ISS).

While our space biologists were busy carrying out their Rocket Science experiment, The Royal Horticultural Society and Royal Holloway University of London undertook a germination experiment under controlled laboratory conditions.

They have been commented on by four Science Experts including our own Director of Research and Development, Dr Frances Gawthrop